Western Automotive Journalists and the Autotech Council got together at the Computer History Museum in Mountain View on Monday, October 14 for the annual high-tech automotive event known as Silicon Valley Re-Invents the Wheel.  More than a dozen industry insiders gave us their insights on electrification, autonomous vehicles and other mobility matters in an all-day forum. 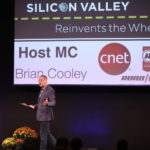 CNET Roadshow’s Brian Cooley was this year’s MC, keeping the program moving along, asking on-point questions of speakers and sharing his knowledge form his perspective as one of the most prominent journalists in the space where cars and tech meet. 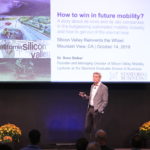 The day began with a research overview from Sven Beiker of Silicon Valley Mobility.  Sven told the audience that mobility is like a large puzzle with six pieces—Communication, Data Services, Maps and Information, Signage and Markings, Testing and Education, and Rules and Policies.   That, according to Sven, is the infrastructure for the mobility of the future—and he warned that’s it’s not quick and it’s not easy. 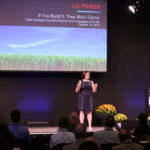 The next speaker dramatically underscored the need to get it right.  Kristin Kolodge of J.D. Power and Associates shared data from the company’s Mobility Confidence Index showing that not only is there still deep skepticism and doubt about autonomous vehicles ( a very small minority say they would feel comfortable riding in one), but there is still a huge disconnect between the availability and capabilities of today’s electric vehicles and the public’s understanding of them.  Most drivers have yet to even ride in an electric vehicle, much less drive one, and there’s a significant gap between real-world performance, range and cost and what most of the public thinks those benchmarks are—a misunderstanding to the detriment of electric vehicles. 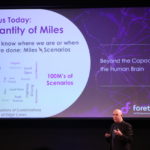 From there,  Ziv Binyamini brought us up to date on the latest developments in Advanced Driver Assistance System (ADAS) testing.  The biggest point?  There’s much more to be done. “Yes, we’ve driven 100 million miles and are using AI to create multiple scenarios for every one of those miles.  Do we need to do 100 million more?  And will that be enough?”  Ziv’s point was that the heady times of breakthrough after breakthrough may be over and that we’ve entered the phase where gains become tougher to reach as we try to produce as fail-safe a mobility system as is possible.  Ziv says the missing part in today’s testing is a quantifiable way to verify what’s been done and what still must be done and that regulators will insist on that as the move toward autonomy continues. 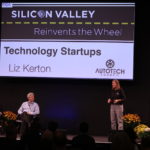 Liz Kerton of the Autotech Council moderated a discussion on technology start-ups with Gil Reiter of SafeRide, Macha Achour of Metawave and Rafael Maranon of Wavyn, with each doing a pitch of their companies’ products and what they believe make them the right choice. 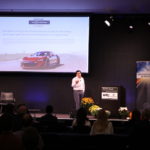 And just before the lunch break, WAJ President Charlie Vogelheim brought Shiv Sikand, executive Vice-President of Drako Motors to the stage.  Shiv showed a video of the Drako GTE, a 1,200 horsepower luxury sports sedan with an electric motor powering each wheel of the car independent of the other three.
The Drako GTE was on display outside the Computer History Museum 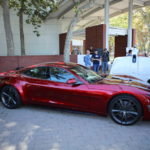 along with vehicles and tech from Ridecell, Local Motors, Techtonic and more.  Attendees were able to see the vehicles and devices and ask questions during the two-hour lunch break.  An assortment of box lunches were available as part of admission to the event. 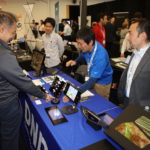 After lunch and examining the vehicles in the parking lot, most attendees went upstairs to the Autotech Council Science Fair.  More than 30 companies were showing off their latest technologies for automobiles, both self-driven and autonomous, from 10:00 a.m. to 4:00 p.m.

The presentations resumed at 2:00, with Jan Becker from Apex.AI talking about the building blocks for autonomy.  His point was that autonomous vehicle manufacturers are, at present, where traditional carmakers were in the early days of the industry more than a hundred years ago—manufacturing virtually every part of their cars themselves.  Over time, Becker told the audience, the way forward will be for the new breed of carmakers to adopt the supplier pyramid model, to reduce costs, increase profitability and to focus all their energy on the total product. 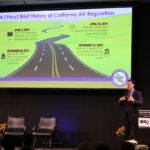 I had the honor and pleasure of introducing Miguel Acosta, the chief of the Autonomous Vehicles Branch of the California Department of Motor Vehicles.  Miguel gave us an overview of how, when and why the DMV approves each step of autonomous vehicle testing and use in California.  Most interesting was the DMV’s study of disengagements—moments when the autonomous system in a vehicle either fails or the live safety driver feels the need to re-take control of the vehicle.  The DMV gets a yearly report of disengagements in the field along with details and explanations as to what happened and why, giving the Department insight into recurring weaknesses in autonomous systems. 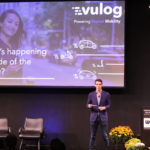 Alex Thibault of Vulog put the global ride-sharing business into perspective.  His company works with vehicle sharing companies worldwide, and there are literally dozens in business in countries essentially worldwide. 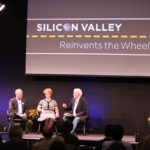 After a half-hour networking break, the final presentations of the afternoon began with Laura Wrisley of Velodyne Lidar.  She told us about a breakthrough in Lidar enabling high-definition, 360 degree recognition of objects. 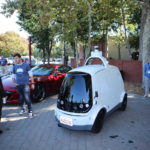 Nadim Maluf of Qnovo took us back to electrification, with a report showing that building an adequate charging infrastructure will take time and that, rather than electric cars with great range, quick recharging and low price, there will likely be a mixture of those attributes at varying price points—not unlike how economy cars, SUVs and sports cars occupy different price points now, and are sold on varying attributes. 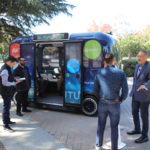 Mark Thomas of Ridecell talked about how the delay in autonomy (remember, many “experts” were predicting we’d be there by 2020 a few years ago) has put the business models of Uber and Lyft under pressure—since both companies originally saw live drivers as a stopgap until autonomy was approved, which would reduce their costs.  Ridecell is positioning itself as a company to build profitable and sustainable ride-sharing businesses—including app development and systems to put cars in the areas where they’re most likely to be rente 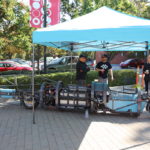 Then came a  take on software for mobility on demand with Gary Hseuh of ProspectSV and Drew Dara-Abrams of Interline Technologies.  Much of their focus is on a project to streamline transit ticketing—to make using public transit, and transitioning between transit agencies (there are 30 in the Bay Area) as user-friendly as possible.

Brian Cooley wrapped up the day with a quick look at the data that we can generate while we’re sitting in our cars—everything from our own health to shopping preferences—and what might be coming very soon to dealerships all over the world. 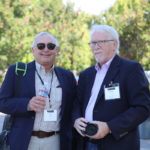 The evening wound down with a 90-minute reception featuring food, wine  and beer—an opportunity for SVRItW attendees to compare notes and wait out the 5:30 crunch on Silicon Valley freeways and surface streets.

Watch the Live Stream of SVRtW