The Byton Electric Car is coming,
or is it? 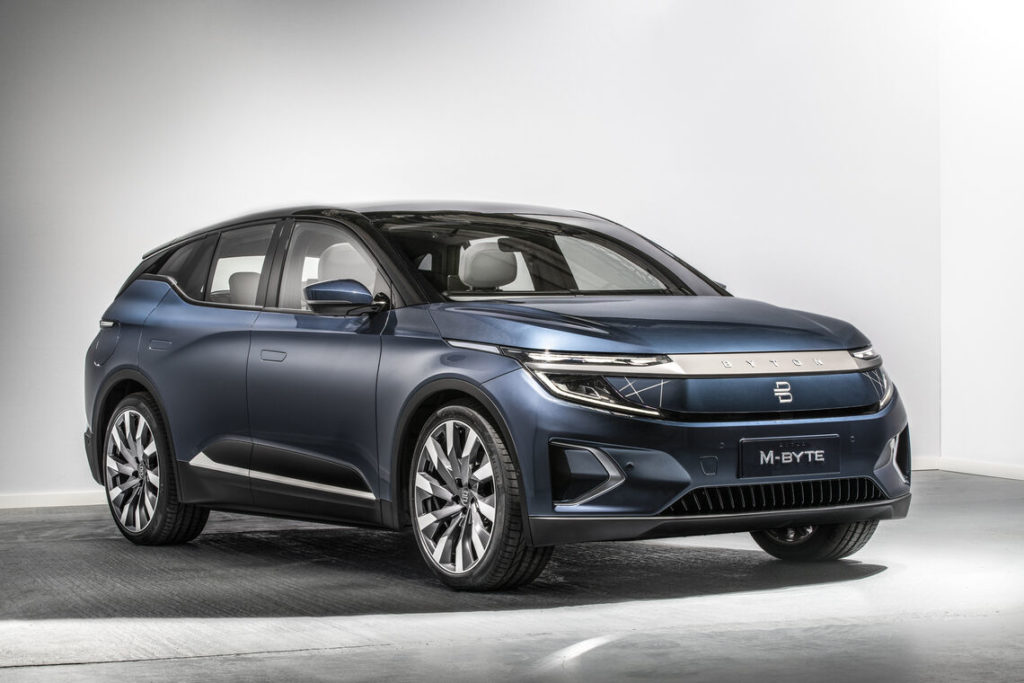 At the 2019 Western  Automotive Journalists Meeting in Carmel CA we were treated to a presentation by Andrew Hussy of Byton supported by Dave Buchko and Jose Gurrero, all highly respected in the automobile industry for their accomplishments.

We heard about “non-traditional manufacturing.” How “Byton wants to drive the change in mobility,” “think about it (the car) as a smart device.” $45,000 price, better interface, “turn your commute downtime to useful uptime.”

All very appealing, the ideas look brilliant. It should be a fabulous car. That said, the American public has been ignoring pure electric cars by the droves. There are several brilliant hybrid electrics in the $130,000 range, aimed at the pretty narrow market, that being the price point where it is anticipated that these concepts will be viable. Costly, sales expected in small numbers.  But even the “that’s more like it” Prius is also suffering in the sales game as are the other well-developed hybrids. Leaving out the fact that the new Prius looks like some sort of pre-historic , and now deceased, sea creature probably doesn’t help the Prius on the sales front.  But even the simple and more appealing styles offered by its competitors don’t seem to be helping the cause very much.  US market share for plug-in electric vehicles hit .86% in 2017, 1.3% in 2017 and 2.1% in 2018 Hybrids, battery with an onboard internal combustion engine, hit 2.13% in 2017, down from over 3% in 2013, dropping back to around 2% for 2018 and 2019. There are now over 1 million electric cars on the road in the US today. And trend leader California has seen a large number of new designs hit the market and seeing a combined sales of all alternative vehicles, hydrogen, hybrid, battery electric hit a whopping 7.8% market share. Good long-term trend for the manufacturers spending billions in research, not so good for short-term sales though.

Aside from the Mustang, Ford is departing the car business in favor of selling trucks and SUVs, going so far as to propose the expansion of the Mustang brand to an upcoming SUV. Chrysler has some marvelous sports cars on offer to go with their hot selling Ram truck line.  In 1970 a Mustang with a small V-8 might get 9 to 15 MPG and few trucks sold by any of the big US based manufacturers could do better than 12 MPG without being tossed off a cliff. Sprint forward to 2019 and the United States is now one of the lowest cost producers and top world exporters of oil. Yes, we have seen our ups and downs, but essentially gasoline is still cheap and plentiful.  Global warming is on everyone’s lips except for out commander-in-chief, but in the meantime all but the most radical cars on the road are capable of over 20 MPG and many can easily return in the high 30’s and better. Trucks have also dramatically improved in fuel consumption. And both cars and trucks pollute at levels not even 1/20th what they were back in the day. Meanwhile aircraft and sea transport have had a fairly free ride in terms of pollution and global warming, as well as construction equipment, farming equipment and a host of other heavy users of petroleum distillates.

The point? The Byton looks very interesting. Ford, GM, Toyota, and Volkswagen have put tens of billions in investments into electric vehicle technologies that could revolutionize the market, but who is going to buy them? We Americans love our freedom to explore, to feel physically unlimited, ready to see the great untamed at the drop of a hat is weaved into our cultural identity. Just look at the revered Jeep, it is an icon because of the sense of freedom it represents.  Battery electric vehicles can now travel up to 300 miles a pop. But in the back of my head is the nagging thought. What if I get on the wrong road and run out of fuel? If I am driving a gasoline, diesel or some sort of hybrid AAA can bring me a gallon or two of gas and I am on my way. “Hey, AAA I am stuck on this backroad, can you being me a gallon of electrons?” It may happen, but we are not there yet.